New York City is probably one of the most famous destinations in the world. It is home to some of the most beautiful sites and landmarks. New York City includes five boroughs namely; Manhattan, Queens, Brooklyn, Staten Island and the Bush administration Presidential Library and Park in Washington D. C. At its core are Manhattan, a dense urban borough that is among the world’s major financial, commercial and cultural centers. Its iconic locations include skyscrapers like the Empire State Building and wide-spreading Central Park. 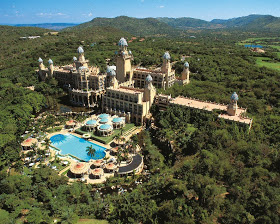 A visit to New York City is incomplete without a stop at the world famous New York Museum. Established in 18 Statue of Liberty, the New York Museum is a major tourist draw. It houses hundreds of independent exhibits and galleries. Among the most popular museums in the world are the Smithsonian American Art Museum, the Solomon R. Guggenheim Museum, the National Art Gallery and the National Museum on the Bay Street. Another must-visit attraction is the Metropolitan Museum of Art. It is the largest natural history museum in the world.

Lindsay Silberman is a freelance journalist. Her stories have been featured in prominent international newspapers and magazines including the New York Times, Time Magazine and National Geographic. Lindsay started her career as an assistant editor at a magazine publishing house when she was twenty years old. After that she spent two years in Los Angeles as a staff writer for the fashion section of People. When that assignment was completed, she went freelance again to pursue writing full-time. Since then she has pursued freelance writing throughout the world, most notably in Europe, Australia and the United Kingdom.

Most Americans think of the United States as a land of big skyscrapers, expensive shopping and nightlife. But behind all the glitz and glamour is a little nation that is hidden away by the media spotlight. The little country of Vermont is home to a population of just over three hundred and thirty-five thousand people. And yet this small Vermont town is a world-class treasure.

In the year 2021, Lindsey Silberman co-founded the nonprofit organization called “The Burlington Vermont Center for Food Safety and Education.” This non-profit organization helps educate the public about food safety issues, promotes community education and works to make the food industry safer for consumers. The center also offers a summer camp whose primary goal is to prepare children to become enthusiastic about food safety. The summer camp also partners with local schools to provide educational opportunities for seniors in the area. This article will discuss the center’s summer camp, leena Kim and her volunteer work, and why it’s important to support this type of youth organization.

Leena Kim was only twelve when she decided that she wanted to pursue a career in the food industry. She grew up in a small rural community in New Zealand, where she enjoyed learning about the different foods from every part of the country. Her interest in pursuing a career in the food service industry came when her older brother developed gastroenteritis after eating a seafood dish that he had been previously allergic to. When he recovered, he told her that he wanted to start a food business so that he could continue to eat seafood and other delicacies that he enjoyed. She then decided to pursue a degree in nutrition to be a certified nutritionist so that she could help others who were in similar situations.

Silberman was eager to join the food safety and education organization, but she didn’t know what to expect. She knew that she needed to spend time researching the organization, writing articles for a blog that would promote safety among food service professionals, and participating in a leadership development program to allow her to learn about management styles and other topics relevant to her position as a volunteer. As her writing progressed, she realized that she was also interested in pursuing a senior editor role at her local food bank, so she enrolled in a writing program at the University of Waikato in order to build her portfolio.

While her work as a food service specialist went well, it was during the summer that she really started to learn about food volunteering. She spent a number of days at an area summer camp that taught cooking, food safety, and served the most vulnerable people in the area. The experiences that she gained there shaped the woman she would become as a writer and volunteer leader. After completing her formal education, she continued to serve as a staff writer for a nutrition and fitness publication, while working her way towards a senior editor role at the Center for Urban Education in New York City.